The Celtic Festival of Lughnasadh 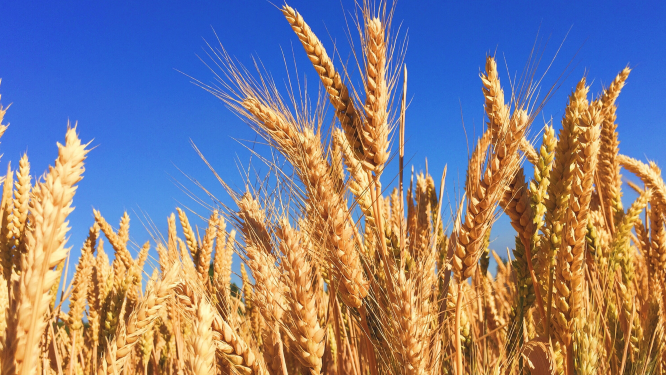 The Celtic Festival of Lughnasadh heralds the beginning of early harvest even though it is still holiday season. Marking the cross quarter day between Summer Solstice on June 21st and Autumn Equinox on September 21st, it is traditionally held on 1st August, however, in recent centuries some of the celebrations shifted to the Sunday nearest this date. This year the exact ‘true’ archeoastronomical moment of Lughnasadh (pronounced Loo-NA-sah and in Modern Irish spelt Lúnasa) will be at the waning Full Moon on August 7th at 1.04am. As one of the four Gaelic seasonal festivals, Lughnasadh is the commencement of Autumn followed by Samhain and Winter, Imbolg and Spring then Bealtaine and Summer.

Lughnasadh itself is named after Lugh, an Irish God called a ‘Samildanach’ (pronounced Sam-ill-dawn-ack) meaning he was highly adept in many arts simultaneously. Lugh came to be associated with grain in Celtic mythology after he held a harvest fair in honour of his foster mother Tailtiu in the place where he buried her in Tailteann, Co. Meath. This equates with the first grain harvest in agricultural societies in the Northern Hemisphere and in England is called Lammas, after the Saxon phrase loaf mass.

The Tailteann Games as this Festival became known involved great gatherings that included spiritual ceremonies, ritual athletic contests, feasting, matchmaking and trading. It is estimated that it started around 1600BC and concluded in 1171AD with the Norman invasion. Other names for Lughnasadh were Bilberry Sunday from a tradition of gathering bilberries/blueberries and froachans in Gaelic. Also known as Garland Sunday because of the garlands of flowers and greenery usually placed around most of the Holy Wells. The custom of climbing hills and mountains at Lughnasadh has survived also, although the best known has been re-cast as the Christian ‘Reek Sunday’ pilgrimage to the top of Crom Cruach or Croagh Patrick.

A number of Fairs are also believed to be survivors of the Lughnasadh traditions, such as Puck Fair usually held the 2nd week in August in Killorglin, Co. Kerry, now cancelled due to Covid 19 and reputed to be the oldest in Ireland where a wild male goat is hoisted above the festivities for the duration before being released back to his mountain home.

Food features strongly in Lughnasadh festivities and rituals typically centre around the assurance of abundance as people were now confident there would be plenty of new crops from the grain, freshly baked bread, and baskets brimming with berries. Grain has long held a place of importance in civilisation back nearly to the beginning of time. Hence the name of August’s Full Moon is the Grain Moon. Traditionally the cutting of the final sheaf of grain was indeed cause for celebration with the making corn or wheat dollies, which represented the spirit of the grain. Sometimes these dolls were full-sized, made of the last stalks to be harvested, and decorated with ribbons, streamers and even articles of clothing. Many people still celebrate Lughnasadh with dancing, song, and bonfires harking back to olden time. Brien Friel captured this blending of the old and new evocatively in his iconic play ‘Dancing at Lughnasadh’ now a film with Meryl Streep.

The Celtic Festival of Lughnasadh is Mother Nature’s call to us to sincerely look at the abundance that is present in our personal and collective worlds and it is a key tradition of this special time of year that we celebrate this wildly with great joy.

This article was published by the RTE Website’s Brainstorm section.