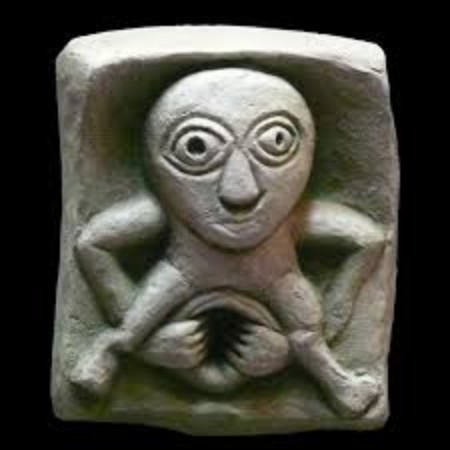 A stone carving or the Celtic Goddess of Sexuality?
As the Moon waxes and we move from early to full Autumn reaping what we have sown, I have a question for you? Do you wish to awaken your own natural and healthy sexual powers and to stand as a woman who chooses to integrate all her immense energies? Do you sense that there is more to your solo pleasuring and/or lovemaking with your partner? Do you have difficult memories of previous sexual experiences? Then Síle na Gig may have much to teach you to release the past and redeem or reclaim this vital part of your essence.

Who is Síle na Gig? Solely fascinating lurid stone carvings seen in Church grounds or Sacred Sites in the Celtic Isle or is there more? Could she actually be the Celtic or pre Celtic Goddess of Sexuality? World Sexual Health Day is 4th September which is very apt as we invite healthy sexuality into our lives by stepping fully into our holistic power.

I will be offering a Live Facebook connection to Síle na Gig soon. For details see below.

Síle na Gig is depicted on the many weathered carvings as a naked woman exposing her vulva (yoni). The term translates as Síle – Faerie Woman and na Gig – on her hunkers/displaying her vulva the external female sex organs and includes the labia, clitoris and vaginal opening. These ancient symbols are carved on many churches and sacred sites in the Celtic islands particularly in Ireland and there are many theories as to what they mean and why they are there. I am looking forward to sharing these with you when I offer you an Attunement to these powerful and natural energies.
On the Hill of Tara many moons ago Síle na Gig gifted me her sacred Rites to call women to power in the most natural way at this time on Earth. This month you have an invitation to awaken your own natural and healthy sexual powers, to stand as a woman who chooses to integrate all her immense energies in balance & harmony.