Samhain: the origins of Hallowe’en 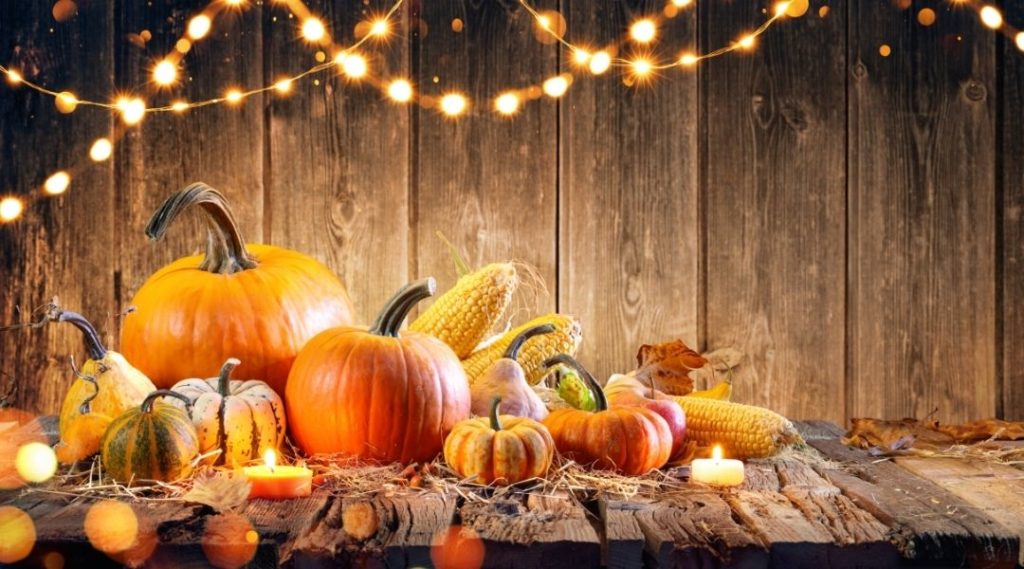 Hallowe’en celebrated on the night of 31st October is a joyous revelry of fancy dress, sweet treats, wild games and bonfires for those young at heart. Delve a little deeper and one might question the symbols of dead souls and ghosts with a morbid fascination for horror stories and masked creatures. The eve of the Western Christian feast of All Hallows’ Day is a time dedicated to remembering the dead and all the faithful departed. The name Hallowe’en originated in the mid eighteenth century from the term ‘hallowed evening’ or ‘holy evening’ and the Scottish ‘All Hallows Even’ which became shortened to ‘e’en’ then ‘een’.

However, for the true origins we need to reach back into the mists of time to the distant past of Ireland. Samhain (pronounced ‘Sow-when’) the Gaelic word meaning the ‘end of summer’ was a most auspicious period in the Irish ‘Celtic’ calendar. For our ancestors the day began at dusk with the coming of darkness, just as life began in the womb before birth and the seed germinates deep in the earth. Therefore Samhain, the festival that begins Winter was also the indigenous New Year and the true start of the growing season.

This celebration of the turning of the year is found in the ‘cross-quarter day’ equidistant between Autumn Equinox and Winter Solstice. This liminal phase when the ‘veils between the worlds are thin’ was a natural occasion for reflection on life and death and homage to the souls of those who had lived in times past. This rare liminality permitted communication with deceased ancestors and the fairies who once more slipped into the world expecting hospitality and respect. Therefore, food became an important part of the festivities as well as trickster games to appeal to the mischievousness of the ‘little people’ when those who feared repercussions of past mis-deeds wore masks to hide from their wrath. Being New Year, divinations were common practise to peek into the future peeling apple skins to discern the name of a prospective lover, with turnip lanterns to light the way for the souls departed. ‘Mumming’ or ‘guising’ (disguise) was a popular custom dressing in costume with faces blackened from the sacred fires to mimic the dead and offer protection from these supernatural forces.

The origins of fancy dress, barm brack rings, coins in colcannon, apple dunking, bon(e)fires and carved lanterns all begin to make sense now including the tradition of traipsing from house to house ‘trick or treating’. Irish and Scottish immigrants brought these traditions to the US and Canada in the 19th century which has morphed into their annual Halloween holiday.

But where does the Samhain festival itself begin? Now we step back even further in time to County Meath and the tale of Tlachgta, as told in the Dindsenchas, the ‘lore of places’ in early Irish literature, whose poems recount the origins of place-names and the myths surrounding them. The great Fire festival that signalled the onset of Winter took place at the sacred site of Tlachtga, now the Hill of Ward where Samhain and ultimately Halloween, was born.

In his book ‘History of Ireland’, Geoffrey Keating, observed that at Samhain by order of the High King all other fires in the land were extinguished leaving our foremothers and forefathers in total darkness. No wonder the subsequent lighting of the great Samhain fire held much significance returning warmth and light once more while keeping the forces of death at bay for another year.

The site itself takes its name from Goddess Tlachtga (meaning Earth Spear and pronounced clock-ta) who was the daughter of ArchDruid Mog Ruith. He created the Roth Romach, a wheel of roaring flame, prompting some speculation that Mog Ruith was a Sun deity himself and Tlachtga with her elemental name of Earth Spear, a reference to lightning, was the daughter of the Sun.

In the legend, the young and innocent Tlachtga travelled with her father on the flaming wheel gathering magical knowledge from the tribal people of the world including a Sorcerer named Simon Magus. Tlachtga raped by Simon Magus’ three sons became pregnant with three sons, one by each father. She gave birth to them on the hill that now bears her name and Doirb, Cumma and Muach went on to become great Druids of Leinster, Connaght and Munster respectively. Dying with forgiveness in her heart, she declared that as long as her son’s names were remembered no foe would invade Ireland. Earthworks were raised on her deathplace that she might be honoured for her wisdom and bravery and the great Samhain fire was lit in her remembrance.

Was Tlachtga the land itself, giving forth the final harvest before the Winter months? Were her sons the sustenance people needed to survive? In the many interpretations, we see the deep reverence in which the Earth was held by the ancients and their profound connection and understanding of the cycles of nature.

John Gilroy’s book Tlachgta: Celtic Fire Festival https://www.newgrange.com/tlachtga.htm sparked the revival which began The Flame of Samhain  festival at Athboy, County Meath – part of the Spirits of Meath Hallowe’en festivities where a Pagan Ceremony is practised in contemporary Ireland with people travelling from all over Ireland and the world to attend. From the Otherworld Tlachgta returns to walk upon the Earth once a year at Samhain.

by Karen Ward, DCU. This article was commissioned for the RTE website’s Brainstorm section.